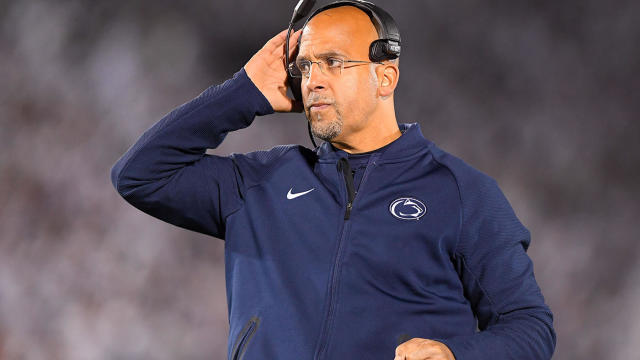 Coach Franklin has announced that he has signed on to remain Head Coach of the Nittany Lions for another five years. Penn State re-signed Franklin through the 2025 season with his third contract in six years.

“Whenever we get a new [recruiting] commitment, I always tweet out, ‘We Are better,‘” Franklin said. “And it was really pretty cool to see a bunch of former [Penn State] players in the NFL and also our current players, all tweeting out ‘We Are better’ with a connection to my new contract announcement. I thought that was really cool. It meant a lot to me and my wife.”

Penn State Athletic Director, Sandy Barbour stated that the new contract is a “strong pledge to James and this program.” As Franklin has been discussing the need for upgrades and consistency across all aspects of the football program, he suggested that this renewed contract will help provide those needed resources.

Penn State announced Franklin’s new contract during the final recruiting stretch before the early signing period begins Dec. 18. Franklin met with recruits on campus recently and will do so again in the coming weeks.

Penn State will finish the season Dec. 28 in the Cotton Bowl facing off against No. 16 Memphis for an exciting first-time matchup. The Lions (10-2) were ranked 10th in the final College Football Playoff rankings.