Not much history between Penn State and Washington 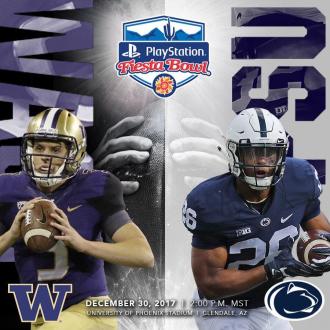 When the bowl matchups were announced  and it was revealed that Penn State’s opponent would be the University of Washington, did you sit and scratch your head trying to remember the history of the series? If so, you weren’t alone. If it seems like Penn State and Washington hardly ever meet, it’s because they rarely do.

In fact, the teams have met just twice in the history of the schools – and we’re guessing you weren’t around for the first meeting.

The first meeting between Penn State and Washington took place on Dec. 3, 1921 in Seattle. The Nittany Lions were 21-7 winners in that contest. The outcome was pretty amazing considering the Lions had to travel across the country to play the game. Needless to say, travel during the 1920s isn’t exactly what it is today.

The second meeting between the schools didn’t happen until 1983. The Nittany Lions were coming off a National Championship season and finished the regular season at 7-4-1. That record earned them a berth in the Aloha Bowl, where they would face off against the defending Aloha Bowl champs, the Washington Huskies.

Penn State salvaged its season with a 13-10 win.

The teams have not met since that game in 1983.

Needless to say, it’s been a long time coming.