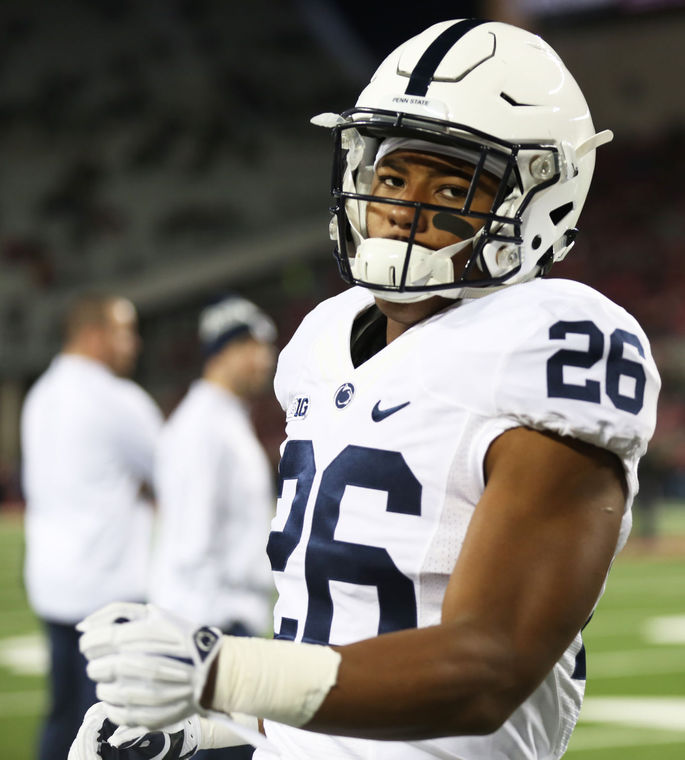 Barkley topped Sports Illustrated writer Bruce Feldman's list of college football's top freaks earlier this offseason. He was a first-round pick in 2018 NFL mock drafts, and he managed to elevate his national profile even more by running the 40-yard dash in 4.33 seconds and doing, power-cleaning 405 pounds and squatting 495 pounds. Barkley is in the Heisman Trophy conversation as a true junior, and he checks in at No. 1 in a list of college football's top running backs compiled by NFL.com analyst Bucky Brooks.

Blue-collar running back with a versatile game and home run potential. Barkley is a rare runner who's capable of mixing finesse and power while working between the tackles or on the edges. Given his ability to create explosive plays on downhill runs or off-tackle jaunts, the Penn State star is a scheme-friendly playmaker who's capable of playing in any offense at the next level.

Mustipher announced his Penn State commitment Monday night, marking the 22nd pledge in the Lions' 2018 recruiting class. The four-star ranks among the top 100 players in the nation and is the No. 6 defensive tackle, according to the 247Sports composite ratings. Mustipher was another big get for James Franklin, and his commitment sparked excitement among the commits, writes Tyler Donohue for Land of 10.

"We all felt confident about PJ and, especially after the Lasch Bash, I knew he was coming," four-star tight end Zack Kuntz told Donohue. "He didn't say anything to me that made me think he was coming, but after you spend a weekend with the best coaching staff in the nation in State College, there's no going back."

In other Penn State football news, Barkley's Heisman odds continue to rise. The Lions check in at No. 5 in the CBS Sports top 130 rankings, and Michal Menet discusses his future at Penn State.