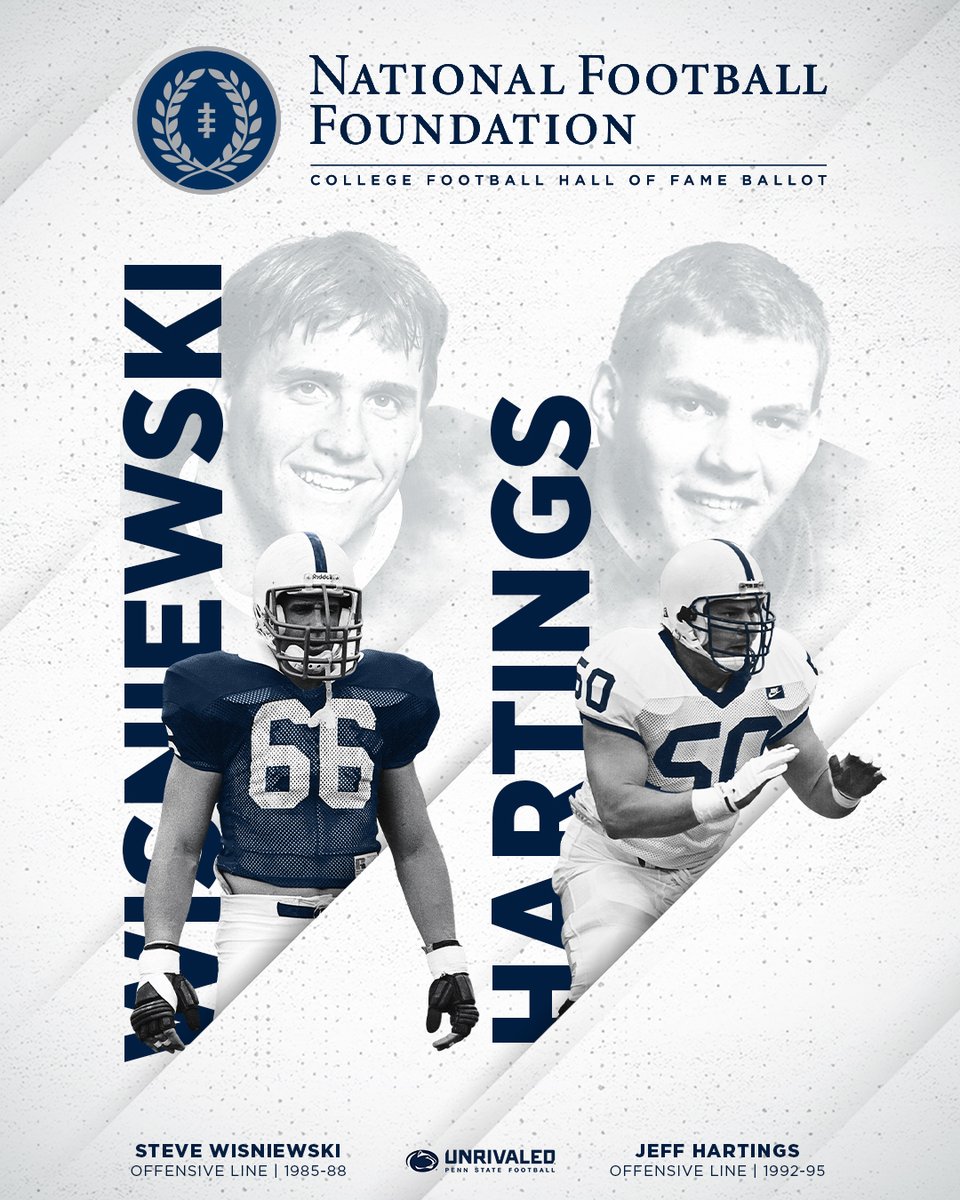 Two Lettemen On The Ballot

Ballots went out to more than 12,000 National Football Foundation members and Current Hall of Famers, with the voting period ending on June 21st.

The 2020 College Football Hall of Fame Class will officially be inducted during the 63rd NFF Annual Awards Dinner on Dec. 8, 2020, at the New York Hilton Midtown. They will also be honored at their respective schools with an NFF Hall of Fame On-Campus Salute, presented by Fidelity Investments, during the 2020 season.

If you would like to become a member and receive this year's ballot, please contact NFF Director of Membership Ron Dilatush at rdilatush@footballfoundation.com.

To see the Full Ballot: https://footballfoundation.org/news/2019/6/3/2020-college-football-hall-of-fame-ballot-released.aspx