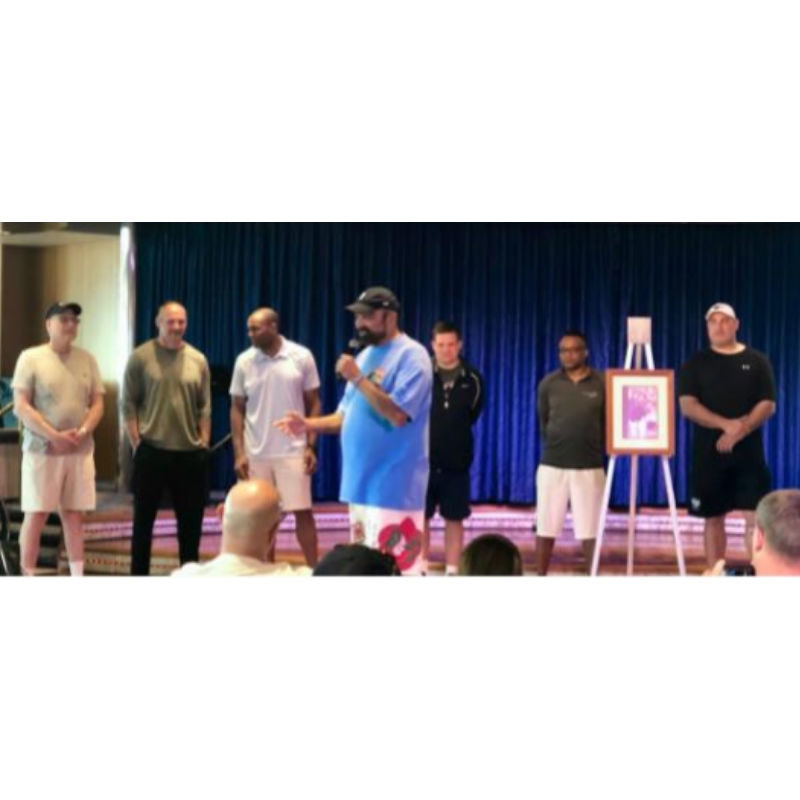 This past March, seven Lettermen participated in the inaugural Happy Valley Cruise, hosted by Sue Paterno. The cruise, which departed from Port Canaveral with two stops in the Bahamas, was a fundraiser for Special Olympics PA.

PSU Lettermen have supported Special Olympics Pennsylvania for a number of years and the cruise provided an opportunity to expand this support.

Lettermen served as team captains for a beach volleyball tournament, participated in a meet and greet, entertained the Happy Valley cruisers with a fan-favorite Q&A session hosted by Jay Paterno (seen in the photo above). Lettermen also served as hosts for various special events, including private dinners and a sunset cruise.

This is your opportunity to join fellow Lettermen for some late-winter fun in the sun and support Special Olympics Pennsylvania! Go to https://happyvalleycruise.com for more information.