With Barkley Off To NFL, Sanders Looks To Fill Role 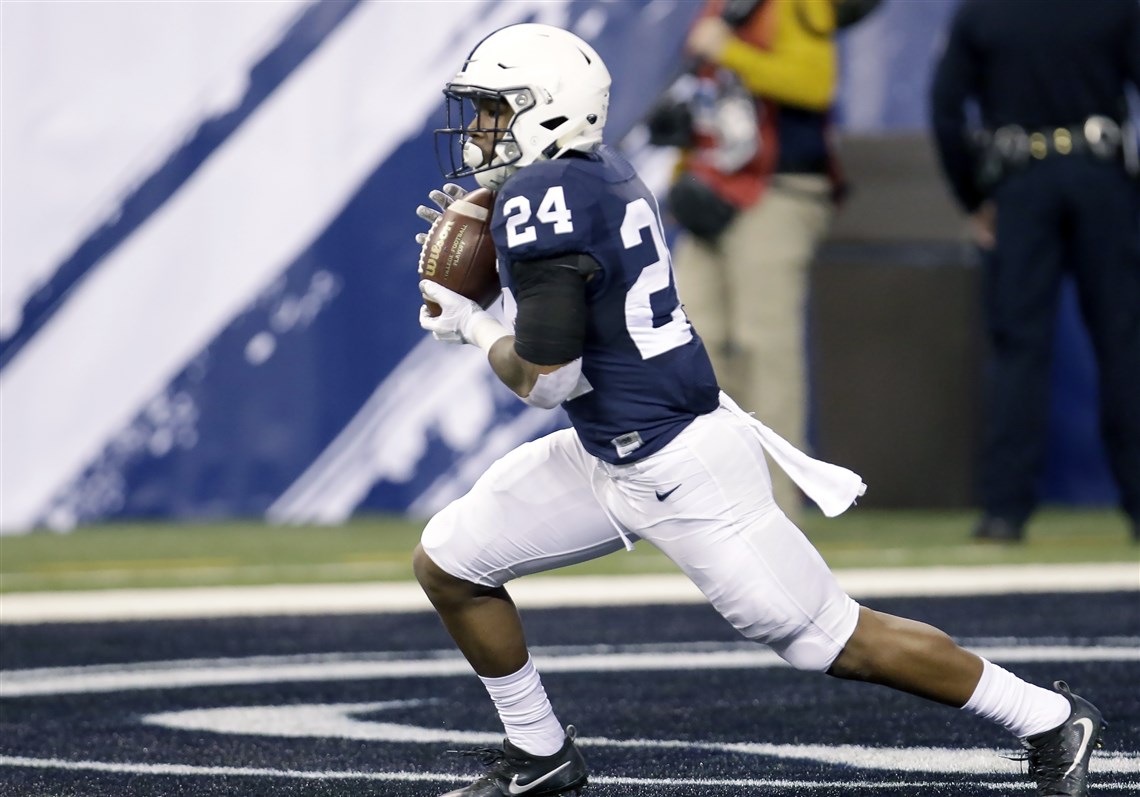 Miles Sanders was rated the No. 1 all-purpose back in the nation in 2015, in his senior season at Woodland Hills High School. Even so, he never has made it above No. 2 on the depth chart in two seasons at Penn State. It seems the shadow cast by Saquon Barkley is big enough to keep anyone else at the position from commandeering the spotlight. “Miles has been behind one of the better running backs, if not the best running back and player, in college football,” Nittany Lions coach James Franklin said. “That’s a really good challenge. You’re a good player, behind another good player, that’s difficult.”

In fact, quarterback Tommy Stevens — something of an authority on being overqualified to serve as a backup — expects Sanders to have a major impact when his chance comes.

“I can’t wait until you guys can see Miles blow up, because Miles is a tremendous player,” he said. “Not to take anything away from Saquon, because he’s amazing and you don’t see many guys like him, but Miles is outstanding.

“I can’t wait for him to make the most of his opportunities and play well. You guys have seen the things that he’s done just within his [limited] opportunities.”

Sanders actually averages significantly more yardage per carry than Barkley — 7.4 to 5.8 — and has benefited from watching him work.

“Miles has been in a lab with one of the best professors in the country to learn from,” Franklin said. “I think that’s invaluable.

“I’ll never forget when I was [coaching] in Green Bay, we drafted Aaron Rodgers that year. Aaron was able to sit behind Brett Favre and learn. I think there’s a lot of value to that. Sometimes, it’s hard, but Miles has handled it great.”

“Miles is extremely explosive,” quarterback Trace McSorley said. “When he gets out into open field, exploding, running down the sidelines, he has blazing speed.

“He kind of complements that really well with being able to be extremely agile, cut back. Just make a move and go, be very decisive when he’s running the ball.

“That's something we’re looking forward to, Miles being a really good player for us in the future.”

The guy he would succeed shares that perspective.

“Saquon, you see how he is on the sideline when [Miles] gets in the game and makes plays,” Franklin said. “Saquon came up to me and said, ‘Miles is going to be really good.’”

Especially now that he has learned to hold onto the ball, something of an issue earlier.

“He always could run,” Franklin said. “I think he’s gotten better with his ball security.”

Sanders’ pass-blocking has improved, too. Fact is, there appear to be no major soft spots in his game.

“He was the No. 1-rated prospect in his class,” Stevens said. “There are reasons behind that.”